The Northern Counties Palatine I bodied Volvo Olympian first entered service with London Central and London General in 1995. The once-fashionable split-level entrances fell foul of low floor access legislation in the Capital and the Olympians were cascaded to other operators outside London. Several early examples are still in service. 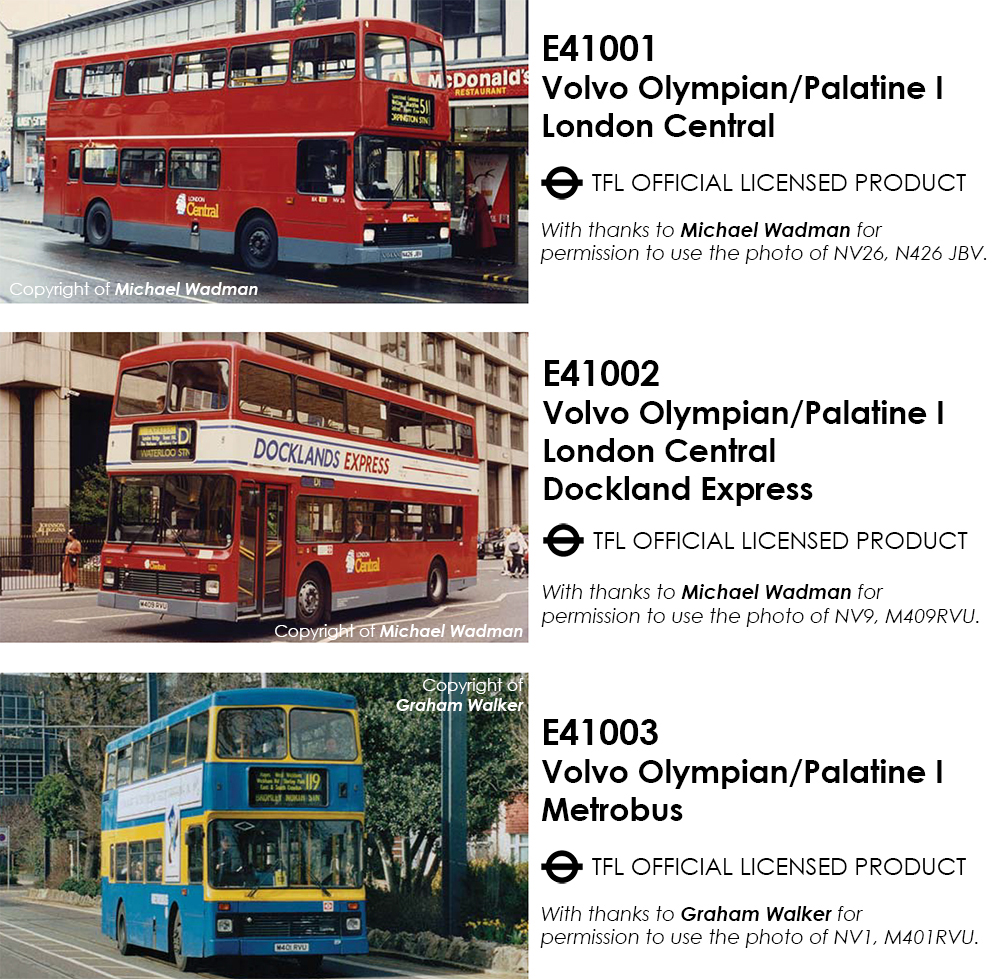 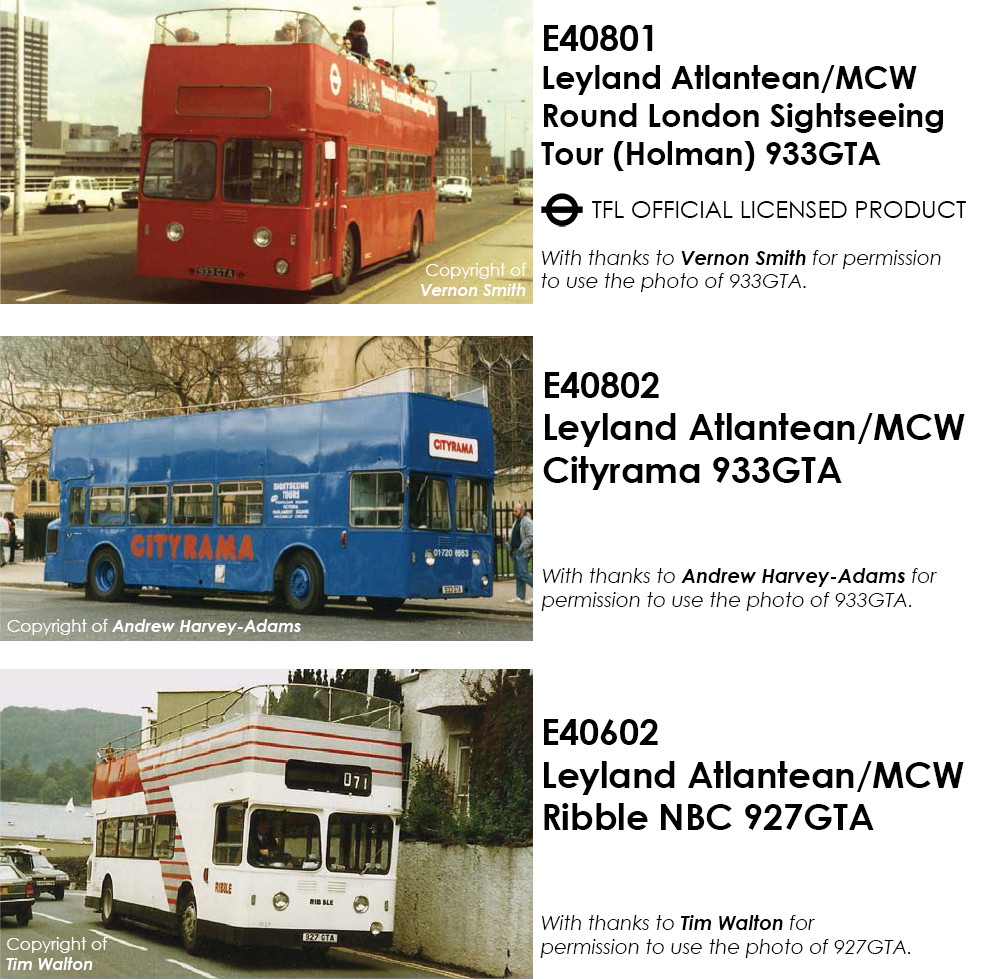 Availability & price will be updated in the New Year.
New Liveries

London Transport celebrated its fiftieth birthday on 1 July 1983 and in commemoration, a series of Golden Jubilee events were held at various LT Works and bus garages from April to October 1983. Nearly twenty LT vehicles received Golden Jubilee liveries, several in an attractive rendition of the old pre-1933 General livery.On 2nd/3rd July 1983, a special gala weekend was held at Chiswick and Acton Works, where the only Golden Jubilee single decker took part. Leyland National LS194 registration THX 194S allocated to Croydon Garage ran in this livery from June 1983 until the end of the year, being repainted red early in 1984.

Shown with route 234A blinds at the front, the rear triple track number blinds did not have letters and therefore 234 was displayed at the back. The original silver roof was overpainted white just prior to the Chiswick Gala.

Availability date to be announced.

Preserved former London Transport RT1347 registration KLB 596 has been repainted to represent one of nine similar vehicles acquired secondhand by Browns Blue Coaches Ltd of Markfield, Leicestershire in 1958. Eight RTs had the familiar route number box fitted on the front roof dome, the exception was ex-RT173 HLW 160 which received a later non-roofbox body during overhaul but had been disposed of early by LT. Although RT173 no longer exists, KLB 596 represents a non-roofbox Browns Blue RT.

We gratefully acknowledge the assistance of RT1547’s owner Mick Gamble, whose authoritative work ‘Browns Blue: The Leicestershire Bus Company That Took the Community to Its Heart’ was published in 2012.

Availability date to be announced.

Our Bristol RE with Flat Front Eastern Coachworks (ECW) bodywork has been updated with new driving mirrors and additional panel ribs on the body sides.The vehicle featured is registration POD 825H which was one of only two Devon General REs to receive the National Bus Company poppy red livery. Front blinds are set for service 374 to Exeter and the detailed printing includes fleet number 2726 and Western National legal lettering.

The iconic ‘RT’ represented standardised double deck bus operation in Central and suburban London and the surrounding Country Area from the 1940s to the 1970s.

South London bus route 75 from Woolwich to Croydon dates back to 1912. RT types were introduced to the route in 1950 and continued in daily service for the next 27 years. Our model depicts RT3853, registered LLU 652, which performed the final duty into Catford Garage on 25th February 1977, bringing crew operation with driver and conductor on the 75s to an end.

Availability date to be announced. Limited Edition of 800

NB. Prices and availability dates are subject to alteration