We have today received the following email from Heljan:-

We now hope to be able to ship the first releases of this new ‘OO’ model (2300-2303) early in November. As you may know, this first production run is completely ‘sold out’ but we already have some more variants planned for release in December 10 / January 11

Amongst these releases is a weathered version, of the only member of the class to receive BR blue livery, D5909. Please note that this models suggested SRP is £129.95 not £119.95 as previously stated.

The second vehicle in our proposed railbus series has now proceeded to tooling and again advance orders are welcomed.

Therefore, should any of these items be of interest please do not hesitate to contact us HERE

We have today received the following email from Hornby:-

“Hornby’s Skaledale buildings and accessories bring an atmosphere of life and character to any “OO” model railway.

Unfortunately we have determined that the Detailed scale model Wind Turbine (R9651) within our Skaledale range has been incorrectly marketed at the price of £17.99.

The item in question should be priced at £4.99, we therefore will ensure any invoice already raised for this item will be credited for the difference in price with any outstanding sales order being amended to the correct price stated above.

Hornby apologizes for the oversight with this item and ensure you our valued customer that we have taken every necessary step to ensure correct solutions have been applied.”

We thought it looked a little over-priced!! 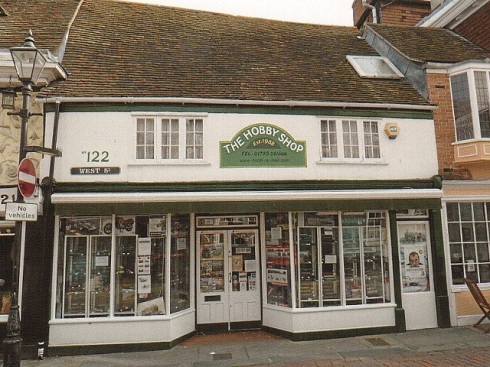 …and special Christmas ones…

Ixion Model Railways are pleased to announce the production of a finescale injection-moulded O Gauge model of the Hudswell Clarke standard 13in x 20in inside cylinder 0-6-0 contractor’s saddle tank locomotive in 7mm scale (1:43.5, for 32mm standard gauge).

This locomotive, Ixion’s third product, once again reflects the Ixion Directors’ own diverse interests in the railways of the United Kingdom and Australia, catering as it does to steam era modellers of the railways of both Great Britain, and New South Wales. The CAD design work for this engine is complete, and illustrated here. Tooling is now under way.

PROTOTYPE INFO
On February 15, 1888, the first of a new class of 24-ton standard contractor’s industrial tank locomotives, Maker’s No. 299, rolled off the production line of the Railway Foundry, Leeds. This saddle tank featured 13” x 20” inside cylinders, and a simple, robust design and construction. Later known as the firm of Hudswell Clarke, this manufacturer eventually had produced eighty of this class of locomotive when the final engine, Maker’s No. 1750, was completed on July 19th 1946. The model we are producing represents the class as built in the late 1920s through to the mid 1930s.

Over a period of over 70 years, these little engines worked on Light Railways (famously including the Easingwold Railway, whose loco No.2 was of this class), railway construction duties, in collieries and government and private industrial facilities across Britain.

One engine, Maker’s No. 1530, of 1926 was bought by the Sydney County Council in Australia, and worked the Bunnerong Power Station sidings until its sale in 1947. It ended its days at the Wallarah Colliery at Catherine Hill Bay, south of Newcastle, NSW.

Should this model be of interest, please contact us HERE

Should any be of interest, please contact us HERE